First, let us define cryptocurrency. What is cryptocurrency? To be specific, it is digital money. While banks have the digital version of banking wherein, we go to their banks and deposit money or make payments through cards, but honestly, these are not considered cryptocurrencies. The difference is cryptocurrency only exists in digital platforms, and there is no central governance, for example, through banks or government. Instead, cryptography and decentralized systems are used to issue a cryptocurrency, keep records of all transactions, and secure it from scams or other criminal activities.

Back in 1982, Digicash was an idea by a famous cryptographer, David Chaum. He calls it electronic money, wherein you can obtain digital money without central oversight. Digicash survived until 1989. His ideas and research became a valuable contribution 5to what we know now as cryptocurrency. He later became part of the cypherpunk movement, which started in the late 80s up to the 90s.

Cypherpunks mainly focused on independence, cryptography, and privacy. They exchange ideas through an anonymous mail list. Most of their ideas are around cryptography and privacy technology. It is believed that these conversations gave birth to what we know now as Bitcoin currency and the concept of blockchain.

In 2008, Satoshi Nakamoto published the Bitcoin white paper. It described the ideology behind cryptocurrency and new technology. Initially, it was formed as an electronic payment system and was government and bank dependent decentralized network, which is nodes.

Cryptocurrencies are using cryptography and decentralized systems to play the role same with banks and other governing bodies. Its system is designed to keep records of transactions of payments and new coins issuance. Most cryptocurrency uses blockchain technology.

Blockchain is used to send money to others, and validation of transactions is undergoing a consensus mechanism. Before completing a transaction, the nodes’ majority must agree that payment is valid.

Things You Must Have Before Investing

Necessary Things You Should Know

Cryptocurrency became one of the most promising ways to gain profits. As people look more closely at the market, many misconceptions about cryptocurrency have been resolved, and more people became interested in this industry.

What Will Happen If Something Happens To The Internet?

Realistically, if the website or exchange you trusted your money with got hacked or experienced any trouble, for sure, your money will all be gone. There are several occasions that exchanges get hacked; Several million have been lost. So it is best to carefully choose where you will store your cryptocurrencies and what exchange you will do your transactions. Keep your data to yourself and secure all transactions you will be making.

Additionally, some records show the recovery of some stolen cryptocurrencies, and the hackers were arrested. It is clear that security and safety is a big issue in the crypto world. Never hold significant amounts in any exchange for an extended period. Move them to a more secured one like USB or hardware so you can still have access to them even offline.

Is Trading Cryptocurrencies The Right Move For You?

Of course, any kind of investment requires thorough research, vast knowledge, capital, and success skills. If you are interested in trading cryptocurrencies, you must first know the basics and what skills you need to acquire. Again, cryptocurrencies are incredibly volatile; hence, it is a riskier investment than the traditional ones. Thus, for sore, volatility is a pretty good opportunity to make more profits, but it can also provide devastating losses. Before you place your first cryptocurrency investment: 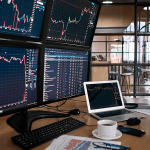 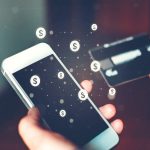 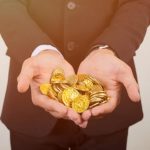 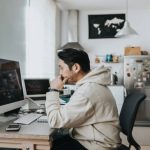