Investing and trading cryptocurrencies is a current trend happening in the market. Using digital money allows you to transact much faster and easier. However, news of cryptocurrencies’ volatility worth often stops and prohibits the users from investing using this. Its market price can change in just split seconds. If you were confused about why this happened, let us know what causes cryptocurrencies to fluctuate quickly.

The Perceived Value Compare To Others

One of the massive changes in the market on cryptocurrencies compared to fiat currencies is the store of perceived value. With cryptocurrencies, it can be comparable to gold in that it has a limited number of cryptos existing. Also, it is becoming more complex to mine these cryptocurrencies. It is designed by the developers to have established the core technology to release several 21 million BTC.

While with fiat currencies, the government is being sustained to retain the employment level at high and inflation at low. They wanted to hold the satisfactory levels of the improvements done through investments made in capital resources. This information shows both the fiat coin’s strengths and weaknesses, creating potential investors to think twice whether they will invest in fiat currencies or fiat.

When one user has tons of funds on their accounts and decided to sell or trade at least half of their coins, there would be many cryptocurrencies in the market. When the amount rises, there will be good cryptos sources, thus making the value get lower. Likewise, when there are a few deals of selling and trading in the market and at the same time, less number of cryptocurrencies that are on sale and trade, its value will increase, causing changes in their values now and then.

In this kind of set up, it will attract speculative users. Speculative traders and investors contribute to the changes in the market values of these cryptos. They love buying or selling their coins in anticipation of gaining a large profit even though they will face a significant risk of loss at the same time. Speculative users often think that even with the volatility of cryptocurrencies, they can still gain small amounts. The current changes in crypto’s value might worsen with the guessing game they are having. Speculation is one of the significant factors of the changes as it can make things a lot more complicated.

News from the press and media also impacted the rise and down of the cryptocurrencies’ market value. It contributed to the existence of speculative users. The press ought to release statements regarding changes in the value that the next thing you know, users are racing selling or buying cryptocurrencies. Lucky for those who purchased their coins at the lowest and sold the highest. Since the price depends on the market’s stocks, it will continuously be a race to first. That is why media plays a significant part in these changes as they are the ones who deliver the message to the people.

They can deliver either positive or adverse reports to the users. If people heard the news regarding the decrease, there would be chances that fewer people will be interested in buying more stocks. It is relatively low, or the owners consider selling what they have, even at low cost, to avoid and lessen more loss they can have. It will not also help if you are following a spreader of fake news. It can create confusion and as well as a mess in the market. Media can either help or harm you.

Another one is the security matters. Amid doubt, confusion, and uncertainty regarding the volatility of the market value, it does not help that the investors point out that your funds’ security might be at stake. Every time there is a system report regarding the cryptocurrencies’ safety, the immediate response will be exerted to fix the issues and concerns. However, even with the collaborative efforts to address the problem, it cannot be avoided that some of the users will panic.

The results of these attacks will make some of the users dump and start selling their assets in the market in the fear that they can lose their funds with the threat of security. With the sudden increase of stocks, you can expect a sudden drop in the cryptocurrencies’ value. It will open an opportunity for a new investor to join the market by lowering their price enough for others to start investing in them. However, it will send the cryptocurrencies to their original price after the problem has been fixed.

Fear About The High Profile Losses

Following the fear of unstable security while transacting on cryptocurrencies hold its reason based on the previous happenings with the digital money exchange platforms. The news of theft and hacking doubled the volatility of the cryptocurrencies. It was severely marked on the users’ minds as last February 2014, Mt. Gox, one of the top digital money exchange platforms, closed its website following bankruptcy news. They filed a protection from its creditors as they lost their users’ coins together with their own, amounting to at least 450 million dollars. It influenced the number of users trusting in cryptocurrencies’ investment, affecting the market value’s volatility.

It would be beneficial to you now that you have an idea of what causes cryptocurrencies to fluctuate in a matter of seconds. If you are a user, you might avoid these reasons. However, always remember that there are pros and cons to investing in cryptocurrencies. In this industry, the right timing is essential. You must possess the appropriate skills and instincts. Your strategy matters to gain an enormous profit as investments is a game of mind. Always have a backup plan and consider the reasons why the values can drastically change over time. Think thoroughly about the situation before you make a decision.  Learn more about the causes of cryptocurrencies’ fluctuation here! 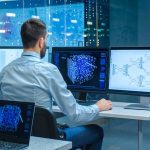 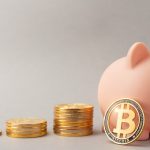 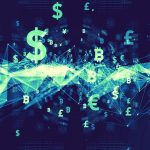 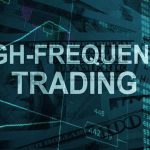