Cryptocurrency rose to become one of the most popular investments around the globe. As fast as it has built its name, came along the greatest critics which accounts for its bad reputation. If you have any interest in entering the cryptocurrency market, it must be imperative for you to ask why cryptocurrency is bad. Some people have put an undesirable view to it due to several reasons. Deepen your understanding to what these reasons are.

The Downside of its Nature

Cryptocurrencies pride itself for being the first to a long-standing financial transaction challenges by allowing global, peer-to-peer, decentralized transactions. But to some, these very characteristics are the reasons why cryptocurrency is bad. Here we will elaborate why some people are skeptical about its nature.

The very reason why others are loving it, may also be the reason why cryptocurrency is bad for some. Deregulation of any market commodity has always been a double-edged characteristic. With the capitalistic nature to compete to bring out the best in the market, comes the downside of insufficient laws and implementation to support consumers from unfair and criminal practice.

The first 10 years of the cryptocurrency existence was without any regulatory policy. And as much as the US government has continuously developing legislations and policies to catch-up with the industry, they have been slow given the complexity of the technology backing up the digital assets. As the cryptocurrency world continues to expand and innovate, some fear that the negative effects will be unpredictable and uncontrollable, regulations will not be in place as soon as you need them.

Now, SEC are enforcing regulatory measures. But with players operating outside of the US, implementation has not been going as smoothly. The global nature of cryptocurrencies hinders the government to prosecute crimes. How would you regulate something that is out of your jurisdiction, let alone in a digital atmosphere? Moreover, different countries have been giving different attention to the field of cryptocurrency. Without international consensus to address the potential harm of this industry, crimes and illegal activities are most likely to take place without being seen.

Peer-to-peer as an illegal transport

Cryptocurrencies are used in peer-to-peer transactions, meaning they facilitate transfers directly to parties involved without having to engage with 3rd parties. As much as this results to an unimaginable transaction speed, this is another loophole that criminals can exhaust to facilitate money flow. Cryptocurrency transactions are not reversible. The blockchain technology just ensure that the money will go to whoever it is intended to, but they do not give emphasis on the legitimacy and legality of such transaction. This is why cryptocurrency is bad in some ways – it is an open secret that it is being used by the world’s most innovative criminals.

Reports of terrorist organizations, including ISIS and al-Qaeda, using Bitcoin to generate fund and facilitate international payments are greatly alarming. The US government has been working to crack down criminal-involvements of cryptocurrencies, but the road is realistically too long ahead for that.

For the next discussion, we will elaborate the reasons why cryptocurrency is bad for people who has a certain understanding of how blockchain works. These are activities that are considered risks to any system that is built upon the digital network.

The blockchain technology where a cryptocurrency system is impossible to hack. That is true. However, it is possible to steal people’s cryptocurrencies from their accounts. All it just might need is one genius to hack all online wallets. Coins stored in digital exchange are more prone to this type of crime. Afterall, in this kind of arrangement, the exchange is the one to keep your private keys. This window of opportunity might just be enough for a hacker to succeed.

In 2011, a Japanese Bitcoin exchange called Mt. Gox was hacked and lost up to 350 Million USD of Bitcoin value. At that time, they handle 70% of the world’s Bitcoin transactions. Numerous cryptocurrency exchanges have undergone hacking episodes too. BitFloor, Poloneiz, and BitStamp are some to name a few. These incidents prove to some why cryptocurrency is a bad investment.

Digital platform means digital scamming. Just on 2017, during the cryptocurrency rising, there were thousands of Initial Coin Offerings (ICO) offered to the public. These ICOs are new means for a company to generate income. Instead of borrowing from banks or liquidating assets to gain liquid capital, startup companies can simply create their own cryptocurrency token and sell it to the public.

To give you a fuller picture, a Filecoin can be accepted to rent out file storage on other people’s resources. With this set-up, the ICO buyer do not get any ownership of the company, just line in stocks. What they do get is the hope that what they purchase will eventually increase in value as people starts using them, then they can generate a profit.

The problem with the ICOs, is that they can be made by anyone and it is very hard to tell which one is real or not. To say the least, 80% of the 2017 ICO flare up were scams. To add insult to the injury, many real ICOs holder ended up losing due to the startups failing. To learn more about cryptocurrency, click here!

There is really much to improve on the topic of cryptocurrency. These improvements must not be made not only within the internal aspects of its market, but more on the policies that govern around them. Each innovation does not have a bad or good nature. After all, these are material infrastructures governed by people. The reasons why cryptocurrency is bad are because of the people who try to take advantage of the technology for their own gain and unjust practice. With their existence comes the necessity for people in power to ensure that things are in order.

The future is not fully certain in the cryptocurrency market, but it must be realized that wherever it leads to, it must be free of criminality and bad intentions. To say the least, players who would like to enter this field must consider the above factors as part of the risk. 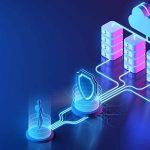 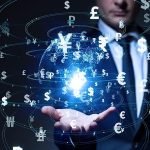 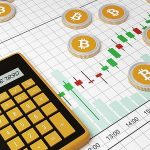 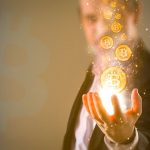 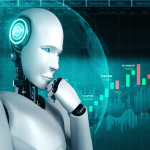 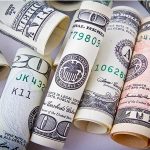 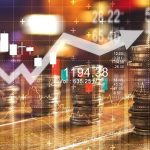